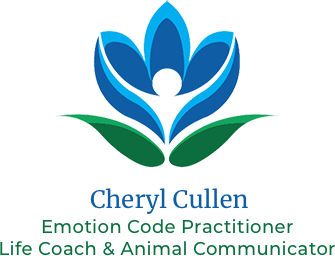 Have you tried EVERY sleep training method and nothing seems to help?

What if your baby all of a sudden slept through the night?

What if you could see relationships between your kids dramatically improve?

Below are 3 case studies of young children I’ve worked on whose past life memories were having a profound effect on their behavior, and who made dramatic improvements rapidly.

Xander is now 27 mos old. I started working with him at about 15 mos. He was a normal, happy baby until Sara and her family took a vacation with her parents. After that, he wouldn’t sleep through the night, was very fussy, did not want to go to bed and would cry and throw fits during the night.

In looking for the underlying causes, a past life came up in which he lived on a farm and his parents died in a house fire and Xander went to live with an older relative, who was cold and harsh. That woman is Sara’s mother in this life, who they had just gone on vacation with. Being with her triggered his past life subconscious memories. We released his past life emotions of rejection, sadness, love unreceived (when your love isn’t reciprocated).

The next time I worked on Xander he was not sleeping well again, fussy and crying a lot. It started when his father went out of town for 5 days. I released the emotions of abandonment, lost, fear, love unreceived. After that, Xander’s sleep returned to normal.

Alex’s parents were in town for a week and they are very bonded to Xander. Sara called me a few days after they left because Xander was absolutely inconsolable. Not sleeping, crying, fussy. He had barely slept since they left and was falling down and hurting himself because he was so tired. The emotions that came up were abandonment, rejection, fear, lost, panic, terror.  Xander is very bonded to these grandparents, who are Alex’s parents. He has had a past life with them, it was a happy life where they were in a loving family.

Whenever I work on Xander, his sleep and behavior goes back to normal. However, anytime someone who Xander loves leaves for a period of time, he fears he will never see them again and is traumatized by it, because it triggers those past life memories.

Luckily, now Sara knows what to do whenever sleep problems come up, she knows she can save her sanity and book a session with me to get everyone’s sleep back on track!

I started working with Zach when he was 14 mos old. He was very resistant to being “handled” – diaper changed, bathed, being lifted in and out of his high chair, car seat, etc. He was more reactive when it is his father who was handling him, than when it was his mother.

When I looked at the underlying causes, a past life came up in which Julie and Steve were also his parents. However, Steve was a very strict disciplinarian in that life and used corporal punishment on the children. Julie did not like the way her husband disciplined the children but Steve insisted she stay out of it. She felt powerless to do anything but Zach resented her for not protecting him.

This has played out in a kind of power struggle with his parents in this life. Initially it was his resistance to being handled, which has mostly disappeared as I have worked on him. But now it has appeared in other areas of Zach’s life.

His mother did not produce enough milk to satisfy him and had to supplement with a bottle. She desperately wants to continue to breastfeed him but he resists. He reaches for her breast but then turns away. She said it almost feels like a power struggle/control issue. The underlying emotions were: past life resentment, love unreceived, anger, sorrow.

One day, Julie decided to try using an infant doll to remind him how, and encourage Zach to breastfeed. She pretended she was feeding the infant, who she called “baby sister”.  Zach became hysterical and was inconsolable for the rest of the night. When we looked at the underlying causes it was the same past life. Steve was much harsher with Zach than he was with his sister and Zach was jealous and resentful of his sister in that life. He believed his parents loved her more because of the way they treated him. And he thought she was back in this life!

Rob, 4 and Sean,15 mos are brothers. They both have eczema on the skin especially on their wrists and ankles. It is so itchy the parents have to put socks on their hands at night and pin them to their pajamas.

Also, the brothers are constantly bickering and Sean taunts Rob even though he’s only 1½. He constantly takes his toys and is mean to Rob. Rob won’t stand up to Sean and the underlying cause was past life guilt.

Sean has a lot of trouble sleeping, wakes up crying frequently. Rob also has issues with food, he overeats and eats too fast.

A past life came up in which they were both imprisoned during the French Revolution.. They were shackled at the wrists and ankles which is where the eczema is located in this life. They were fed very little, resulting in Rob’s food issues and they were eventually executed for their crimes. Rob has a lot of guilt from that life because he was responsible for both of them being imprisoned. Sean also holds Rob responsible and blames him for it. They have clearly carried that trauma into this life including the guilt/blaming behavior.

It’s interesting that in all 3 cases, the children were approx. 15 mos old when the issues started, seemingly triggered by past life memories. It’s also interesting that these issues usually cause sleep disturbances and frequent crying during the night.

If you can relate to any of the above stories, or your mama sense it telling you that something is just not right – please reach out so we can see if there is something we can clear to lead to quick behavioral & sleep changes!

How do I do this?

I am an Emotion Code practitioner. The Emotion Code is a system for releasing emotional blocks and trauma from past experiences, which can hold us back in every area of our lives.

I am one of the few Emotion Code practitioners who not only works on these blocks and traumas in this life, but in past lives as well. These past life experiences affect us just as much, if not more than, the ones in our current life.

The best part? This can be done in the comfort of your own home! Your child does not need to be present for the sessions. I do sessions in person, over the phone or Skype.

PrevPreviousThere is Magic in the Universe!

Made with ❤ by Heart Light Digital